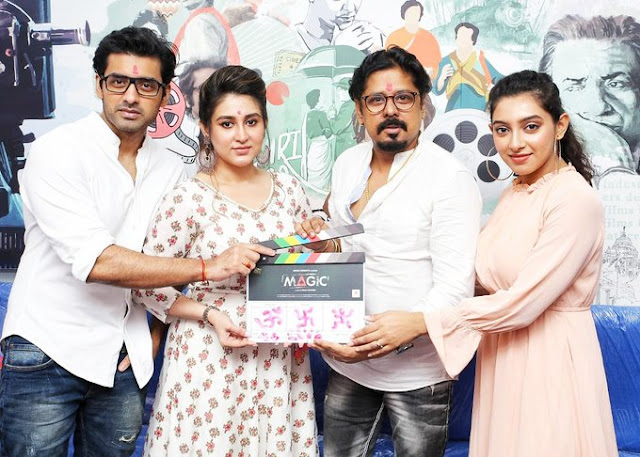 by Shivraj Gujar
With the lockdown opening, now the process of making films is slowly starting again. Shooting had already started in Bollywood and television industry, now work has started in regional cinema too. Shooting of a Bengali film has started from today. The name of the film is Magic.

Produced by SSG Entertainment, the film is being directed by Raja Chandra. The film stars actor Ankush Hazara and actress Oyandrila Sen in the lead roles. According to senior film critics Taran Adarsh, this is the first time that the pair of Ankush and Oyandrilla are working together. Payal Sarkar and Payan Sarkar are also playing important characters in the film.

Along with the shooting of the film, the makers have also released the first look poster of Magic. A magic show set is visible in the poster, on which skeletons are also hanging. Hero Ankush Hazara is seen showing the magic of raising the girl in the air in the form of a magician. The girl rising in the air is Oyandrila Sen.

Director Raja Chandra shared the pick of the Muhurta shot of the film. Also written is auspicious time hashtag magic. Actor Ankush Hazara has shared the film's poster and tweeted - Second Look Poster of Magic ... Shoot States Today ... Need Your Best Wish. Wish to have a safe and magical journey.

Actress Oyandrila Sen has also shared the poster of the film on Twitter. He has tweeted - Shoot States Today ... Need Love and Blashing from Every One. 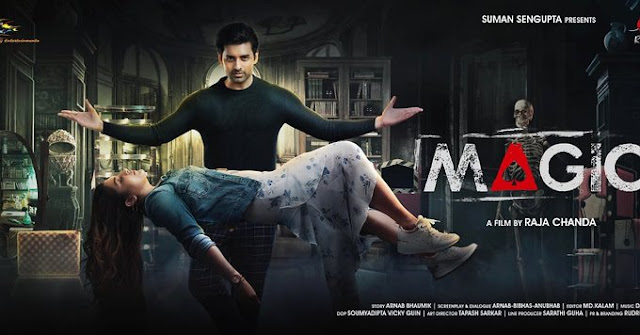 सितंबर 03, 2020
Bollywood will make a film again on the story of this Rajasthani writer Bollywood will make a film again on the story of this Rajasthani writer. The story of Ramkumar Singh's SEENV KA PAID became so popular in a short period of time that Avinash Das announce making a film on it.   By shivraj gujar Hindi film  is going to be made on another story SEENV KA PAID of senoir journlist & writer Ramkumar Singh. On this, Anarkali of Ara fame Avinas Das will make a film. Das liked the story so much that he not only announced a film on his face book wall, but even said that he would make a film on it and no one should try to look at it. This madness of a film maker, for a story, is enough to fill any writer's chest with pride. Das praised Ramkumar Singh for the story, writing that Rama composed this story with the same linguistic taste that Premchand used to say in his stories, the unique simplicity of the deep grammar. To say this is the story of a village, to say it is a story of t
टिप्पणी पोस्ट करें
और पढ़ें