Bollywood will make a film again on the story of this Rajasthani writer. The story of Ramkumar Singh's SEENV KA PAID became so popular in a short period of time that Avinash Das announce making a film on it. 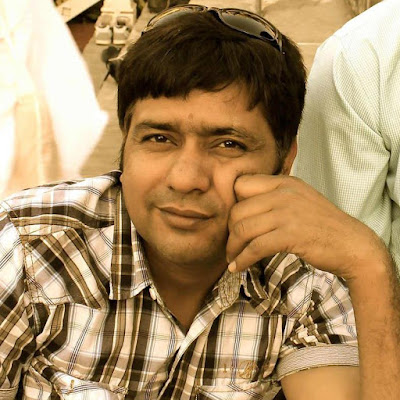 By shivraj gujar
Hindi film  is going to be made on another story SEENV KA PAID of senoir journlist & writer Ramkumar Singh. On this, Anarkali of Ara fame Avinas Das will make a film. Das liked the story so much that he not only announced a film on his face book wall, but even said that he would make a film on it and no one should try to look at it. This madness of a film maker, for a story, is enough to fill any writer's chest with pride.

Das praised Ramkumar Singh for the story, writing that Rama composed this story with the same linguistic taste that Premchand used to say in his stories, the unique simplicity of the deep grammar. To say this is the story of a village, to say it is a story of the partition between two brothers, but the truth is that the sip tree is a story of the futility of wars and hostility from neighboring countries around the world.

Let us know that Ramkumar Singh has written this story recently and it has come to the readers in the 72nd installment of the text-re-read series of Rajkamal Publishing Group. Ramkumar Singh was well received by critics and critics as well.

Ramkumar Singh hails from Biranian village of Fatehpur Shekhawati in Rajasthan. He was active in journalism for many years and these days he has gone to Mumbai and is fully immersed in film writing.

Along with scripting and dialogue writing, Ramkumar Singh's pen also goes into song writing. He not only wrote songs in the Rajasthani film Bhobhar but also wrote an item song in Avinash Das's Hindi movie Anarkali of Ara.

Previously made films on his stories

This is not the first story of Ramkumar Singh, on which the film is going to be made. Earlier, movies have been made on his story in Rajasthani and Hindi. On the story of Ramkumar, producer director Gajendra Shrotriya made the Rajasthani film Bhobhar. On his novel, Dr. Chandra Prakash Dwivedi produced Z Plus. Then he met Ramgopal Varma's Sarkar 3, in which he wrote dialogues for Big B.

At the moment, the good news is that the story of Ramkumar Singh's Sew tree has become so popular in a short time that Avinash Das has accused him of making a film.